By:  Debbie Vorp, Chief of Staff 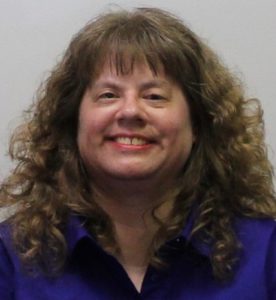 This is a look into why I chose to work for a startup again, even after my previous experience went south and took my money along for the ride.  “I’m never doing that again” and “Once the paychecks stop, I’m walking away”… statements I made back in 2004 when the startup company I worked for shut down.  Fast forward to 2016 and my “never” and “walking away” vanished into thin air.

Let’s go back to the early 2000’s so my story makes more sense.  I was working for a company that provided an online learning and testing experience for professionals in the insurance and financial services industries.  At the time, that was a relatively new concept.   I had been placed with the company by an employment agency to do temporary data entry.  A couple of weeks turned into a full-time job offer and naturally I said yes.  The office was beautiful, and the people were so friendly and encouraging to a young person such as myself just starting out in the workforce.  Although the company was small, under 15 employees, we were doing well and had attracted the attention of a competitor in California.  As a young, entry level person in the company, I thought that was great.  Little did I know that they were planning to buy-out my company.   Again, good news, right?  Not so fast, we were all out of a job.  Not a bad thing for the two co-founders of my company as they made a handsome profit from the sale.

It’s now around 2002 and I’m unemployed again, but not for long.  My former boss had decided to buy his stepfather’s pro-am video production company and take it forward with the “.com boom”.  He asked me and another colleague to work with him.   Sounds wonderful, we got along and enjoyed working together and most importantly, I was once again employed.   Our first office was so small two people couldn’t push back their chairs at the same time, or we’d hit one another.  Then we moved to a bigger office and hired additional staff and quickly became a real company with a website and professional marketing materials.  We are really on our way, I thought.   Unfortunately, our focus customers did not respond well; and the company spent much more than it was bringing in.  We were in financial trouble, so I began working without pay.  Then came the day we were going to be evicted from our office, so I borrowed $10,000 to pay the rent to save us.  And it went on and on.  After two years of working without pay, no health insurance and ultimately borrowing over $100,000 to pay the company bills, I finally walked away.

Devastation, depression, guilt and a sense of failure stopped me in my tracks.  Now what?  It took a while to put myself back together but with no other prospects, it was back to the temp agency.  After a series of short-term temp assignments, I landed a position that would last for a few months.  I worked for just two days and got strep throat so the agency had to give my position to another candidate.  “This just isn’t my year”, I thought, or was it?

Fortunately, a light at the end of the tunnel wasn’t too far off.  In the summer of 2005, I began working for a venture capital company.  The team included a wonderful group of people and I met the two women who would one day become co-founders of Astarte Medical, Tracy Warren and Tammi Jantzen.

During our years together at the VC firm we had built quite a unique relationship and when that firm ended, Tracy and Tammi decided to continue working together.  I must have done something right as they asked me to come along for their next adventure.  Naturally, I jumped at the chance.

But wait, that meant working for a startup.  I said I was “never” going to do that again.  But something in my heart told me I should.  Suddenly, I’m working for this company called Astarte Medical.  Once again, I end up in a tiny office where my colleagues are very close to me; and working for a small company that doesn’t have a track record, doesn’t have any income, doesn’t have customers.  What was I thinking?

Perhaps I saw the substantial difference that Astarte Medical could make if the company had enough time to gain it’s footing and excel in finding ways to help preterm infants.

There’s only one problem, all of that takes money.   I must have seen something incredible in the potential of Astarte Medical.  I invested a large portion of my retirement account in the company on the ground level as did Tracy and Tammi.  As with any startup, you can only survive for so long on your own investment.  You need to go out and fundraise.  Which can be a lengthy process.  Although we received positive feedback and folks invested, it wasn’t enough money, fast enough.  We decided to suspend our paychecks in order to extend the runway of the company.  Um, excuse me, didn’t I say “once the paychecks stop…”?

Clearly, I believed in this company and its co-founders.  Since then, Astarte Medical has closed millions of dollars in funding, including an additional investment by me!

The last few years have taught me a few things, okay, a lot of things.  But one of the most important is to never say never, again.  All situations are not the same and sometimes you just have to take the chance and listen to your heart.  I’m having the time of my life and one of the best experiences of my working career.

I’m grateful for all of the stumbles I had along my early career path which brought me to Tracy, Tammi and Astarte Medical.

And I’m eternally grateful to the little voice that told me to take a chance on working for another startup and to “hang in there” when times were tough.  That little voice led me to a company that will help the littlest voices of all in a big way.